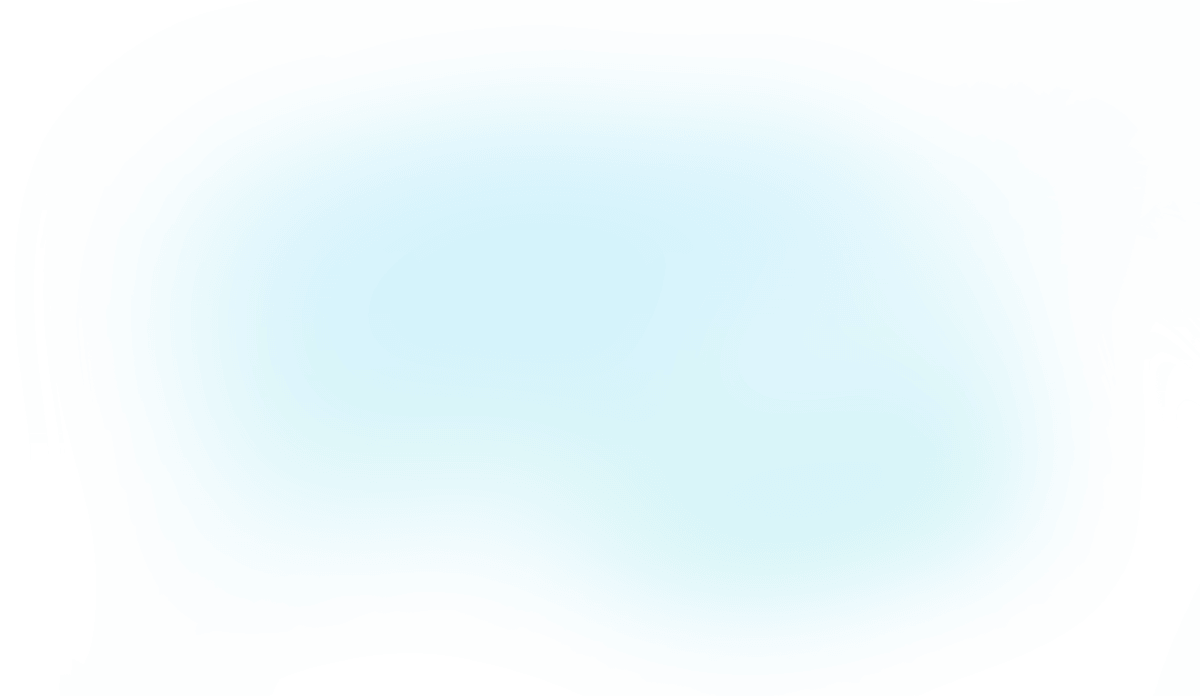 The 2022 Joint Investment Conference features a range of high-profile fund managers from twelve of the UK's leading investment groups, as well as a host of external speakers. New for this year are three panel discussions:

We are delighted to have secured Helle Thorning-Schmidt as our opening speaker. Helle is the former Prime Minister of Denmark and former CEO of Save the Children. She will share her thoughts on governance, leadership, inequality and other pertinent issues, before joining the CEO panel discussion.

Covid-19:
We are of course actively monitoring the situation with regards to Covid-19 and will adapt the event according to relevant government guidelines.

Helle Thorning-Schmidt secured herself a place in the history books when she became the first woman to hold the post as Leader of the Danish Social Democrats, and in 2011 when she became Prime Minister of Denmark.

In her latest position as CEO of Save the Children International, she held an international leading position in an organisation with an annual turnover of more than DKK 10 billion and 17,000 employees, in 100 countries.

Since the summer of 2019, Helle has spent time on her board roles and advisory activities, as well as the international think-tanks she is part of.

Helle grew up in the city of Ishøj with a single mother and has been politically active since her early youth. She is known to be a courageous woman with a forceful personality; maybe because her father told her that, "girls can do anything – even become the prime minister".

Gabrielle Walker, Founder and Director of Valence Solutions, is an expert strategist focused on unleashing capitalism on climate change. Gabrielle is a TED speaker and works with global companies at boardroom-level, analysing emerging trends, challenging conventional thinking and driving meaningful action. Through its partnership with the UNFCCC High Level Champions for Climate Action, Valence Solutions participated in many COP26 events in Glasgow.

Gabrielle has presented many BBC TV and radio programmes, was Climate Change Editor at Nature and Features Editor at New Scientist, has written extensively for many international newspapers and magazines including the FT, the Wall Street Journal and the New York Times, and has authored four books. She earned her PhD at Cambridge University and has taught at both Cambridge and Princeton.

A former Royal Marines Officer who worked for Nelson Mandela, Monty Halls left the forces to pursue a career in expeditions, travel journalism, and marine biology. Monty has since led teams in some of the most challenging environments on Earth, and presented numerous multi-award-winning documentaries.

Monty is best-known for his popular BBC series, Great Escapes, where he lived on the west coasts of Scotland and Ireland. Monty went on to present the series Great Barrier Reef, The Fisherman's Apprentice, as well as series for Discovery and Channel 5. Additionally, Monty has produced and presented three series for Channel Four, including WWII's Great Escapes: The Freedom Trails. In 2018 the whole Halls family featured in a conservation mission to the Galapagos for My Family and the Galapagos. The family revisited the islands in 2019, and a four-part prime time series aired in early 2020 documenting their time there.

Monty has written several books, and is a regular contributor to magazines and newspapers, many of them communicating his enthusiasm for the natural world. He is a President of the Galapagos Conservation Trust, a Help for Heroes patron and numerous conservation organisations.

Matt Frei is a presenter at Channel 4 News and the current Europe Editor. He is also part of the wider presenting team across Channel 4's news and current affairs portfolio, including the award-winning Dispatches programme.

Matt won an Emmy in October 2017 for his Syria coverage and also the Bayeux war correspondent's award. Matt also won a BAFTA for 'Best News Coverage' in 2016 for his coverage for the Paris Attacks and has received the Peabody Award 2010, the DuPont Award (Haiti Earthquake) 2011, and the Bayeux-Calvados Award in 2000 for war reporting.

Mike Barry is committed to helping businesses prepare for, and succeed in, the great sustainability disruption that will wash through the economy in the 2020s. He has worked with organizations such as Unilever, Nestle, Reiss, the Climate Pledge, the Environment Agency, British Retail Consortium, Food and Drink Federation and Climate Action.

Mike was until 2019 Director of Sustainable Business at Marks & Spencer, spearheading its ground-breaking Plan A (because there is no Plan B for the one planet we have) sustainability programme. He co-chaired the Consumer Goods Forum's sustainability work, bringing the world's largest retailers and fast-moving consumer goods brands together to work on issues such as deforestation, plastics and forced labour. He is a Senior Associate at the Cambridge Institute for Sustainability Leadership and a Trustee at Blueprint for Better Business.

Professor of Politics at Rutherford College, University of Kent

Matt Goodwin is an academic and bestselling author known for his research on politics, populism, elections, public opinion, Europe and more. He is Professor of Politics at Rutherford College, University of Kent, a Fellow at the Legatum Institute and recently served as Senior Visiting Fellow at the Royal Institute of International Affairs at Chatham House, Senior Fellow with the UK In a Changing Europe and Senior Advisor to the UK Education Committee. He is the author of six books including the 2018 Sunday Times bestseller, National Populism: The Revolt Against Liberal Democracy.

Matt will be leading a breakfast workshop discussing the impact of the war in Ukraine. He will address the changes taking place as a result of the crisis, and specifically, what this means for the future of the EU. Professor Goodwin will take a deep-dive look at what we can expect in the months ahead, including the future of EU-UK relations in the wake of this turmoil.

Alice Lascelles is an award-winning journalist, author, presenter and drinks expert. She is a contributing editor on the Financial Times, where she has a popular column covering wine, spirits and bar culture. Her articles and columns have also appeared in The Times, The Economist, Evening Standard, Food & Wine and many trade and specialist publications.

Alice is an expert on the production and provenance of drinks, but most of all she loves the stories that go with them. Her subjects have ranged from the rise of Japanese whisky and the science of bubbles, to profiles of Syria’s only working winery and the bar scene that helped regenerate New Orleans post-Katrina.

She is a seasoned presenter and can often be found talking about drinks on BBC Radio 4 programmes including The Food Programme and Kitchen Cabinet, and on TV programmes including Sunday Brunch. In October 2019 she presented Amazon’s first live-streamed whisky tasting and has given talks and lead tastings at international festivals on both sides of the Atlantic.

Her awards include Fortnum & Mason Drinks Writer of the Year and IWSC Spirits Communicator of the Year. She has also been shortlisted for the Guild of Food Writer Drinks Writer award and Louis Roederer Wine Writer Award several times.

Alice is the author of two books. Her second, The Cocktail Edit, will be published by Quadrille in September 2022.

Tristram Stuart is an international award-winning author, speaker, campaigner and expert on the environmental and social impacts of food waste.

The environmental organisation he founded, Feedback, works to regenerate nature by transforming our food system. He is also the founder of Toast Ale which upcycles unsold fresh bread into award-winning craft beer. 100% of Toast's distributable profits go to Feedback and other aligned charities worldwide. After three years of operations, Toast saved more than 1 million slices of bread from going to waste.

Tristram is an official UN Champion of SDG 12.3 to halve food waste by 2030. He won the international environmental award in 2011, The Sophie Prize.

Louise Beale has over a decade of experience in journalism and is currently a leading news presenter for Channel 5. She anchored her own show on Bloomberg Television in London, interviewing Europe's business leaders, politicians and analysts. She has also covered major news stories as a correspondent for Sky News and Channel 4 News - among them Brexit, the European debt crisis and the terrorist attacks in Paris, London and Manchester. Louise has also worked extensively on radio for ITN, Classic FM, Magic FM and Monocle 24.

Additionally, Louise co-founded Middle Table with her Channel 5 co-workers, and now works with leading figures in business and politics to help them bring impact to their communication.

The hotel is around 50 minutes’ train from London Waterloo to Fleet and transfers can be provided. If you are driving, please see the hotel website for directions.

Please email us at jic@mipagency.com to book your transfer or for any further information.

Thank you for registering. You should receive an email confirmation shortly.

Sorry, there seems to have been an error. Please try again or email webteam@mipagency.com.

Sorry, it looks like you failed our robots check. Please try again or email jic@mipagency.com if you need help registering.
‹ › ×
This website uses cookies to ensure you get the best experience on our website.